The chain of exploitation in the textile industry often begins in the collection of cotton. This is the case in Uzbekistan, one of the largest producers in the world, with the peculiarity that, in the former Soviet republic, forced labor is organized by the government itself. One million people are forcibly mobilized each year to work in the cotton fields in exchange for ridiculous salaries. Due to international pressure, children brought from schools have been released from this task, as confirmed by the International Labor Organization on 30 November in a report sent to the World Bank. “The problem is that this has generated a lack of labor in cotton, and the government now recruits employees of public institutions, including doctors, nurses and teachers, harming these public services because of a shortage of personnel,” says Alfa and Omega. Umida Niyazova, director of the Uzbek-German Forum for Human Rights, member organization of the Dignitex network.

END_OF_DOCUMENT_TOKEN_TO_BE_REPLACED 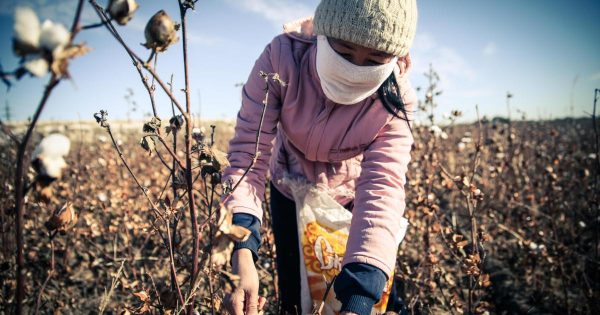 The World Bank is funding half a billion dollars in agricultural projects linked to forced and child labor in Uzbekistan, Human Rights Watch and the Uzbek-German Forum for Human Rights informed about it in a report released today. Under the loan agreements, the Uzbek government is required to comply with laws prohibiting forced and child labor, and the World Bank can suspend the loans if there is credible evidence of violations. END_OF_DOCUMENT_TOKEN_TO_BE_REPLACED