A new report published today by the Clean Clothes Campaign, Europe’s Sweatshops, documents endemic poverty wages and other stark working conditions in the garment and shoe industry throughout Eastern and South-Eastern Europe. Despite working overtime, many workers in the Ukraine for example make just EUR 89 a month, where a living wage would have to be five times that much. Among customers of the factories are fashion brands like Benetton, Esprit, GEOX, Triumph and Vera Moda.

END_OF_DOCUMENT_TOKEN_TO_BE_REPLACED 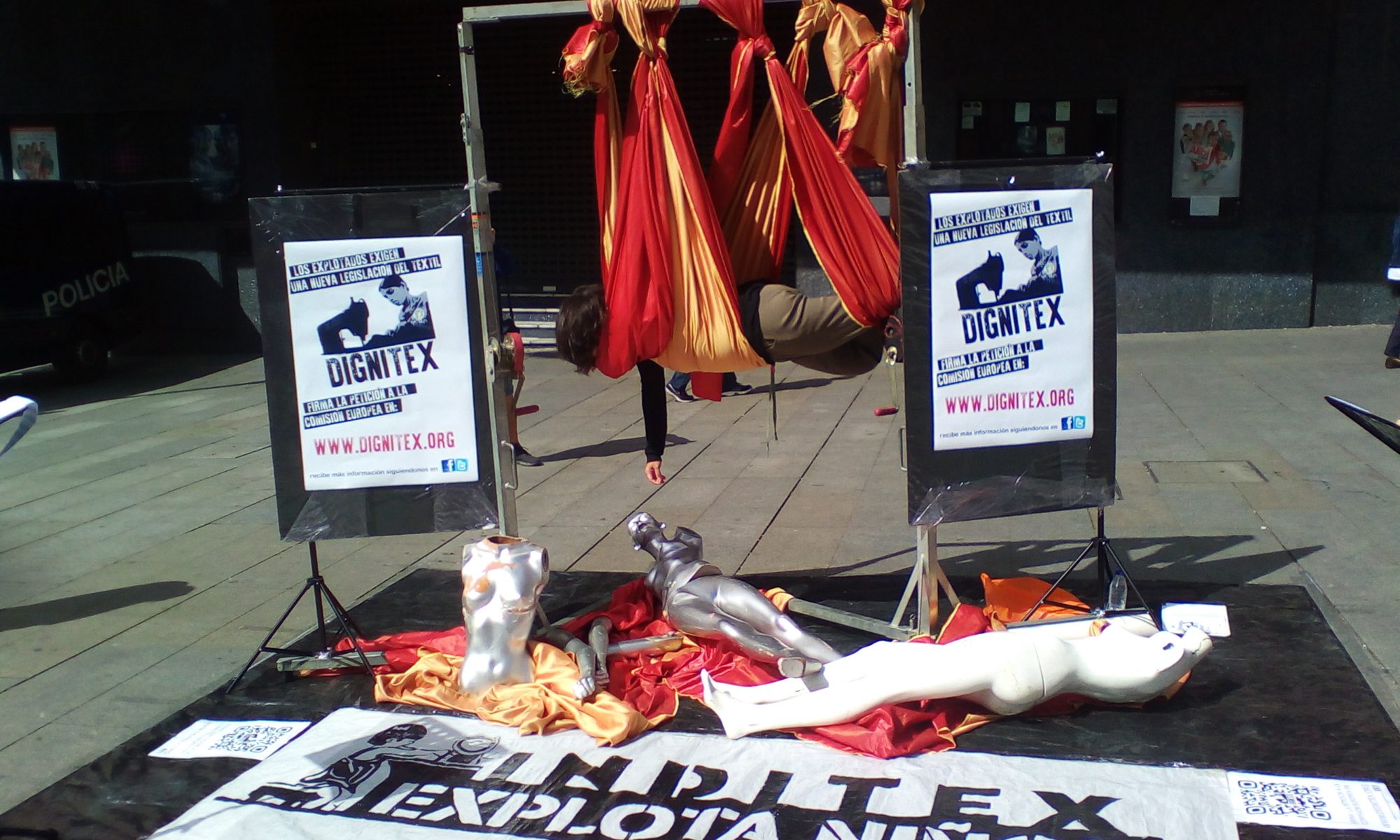 A woman is weaving between red fabrics in Plaza Callao in Madrid. At his feet, dummies lying on the floor. It is a human sculpture that represents the precariousness of the working conditions of the textile industry.

At the same time, the ‘Mercedes-Benz Fashion Week Madrid’ (MBFWM) takes place at the Feria de Madrid (IFEMA), 40 minutes by metro and 20 minutes by car. It started this Thursday and is its 66th edition. There, the main fashion brands, in 47 fashion shows, will present until Tuesday their new collections for the Fall-Winter 2017 season. END_OF_DOCUMENT_TOKEN_TO_BE_REPLACED