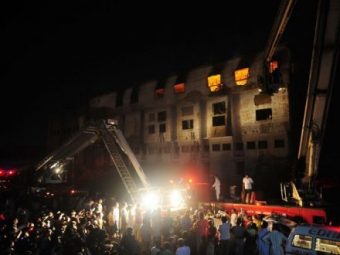 KARACHI – The death of 289 workers in a devastating factory fire has highlighted Pakistan’s dismal approach to industrial safety and raised fears for the clothing sector vital to the nation’s struggling economy.

Police records show Ali Enterprises exported ready-made garments to North America and Western Europe, though it is not clear which brands or chains were supplied. 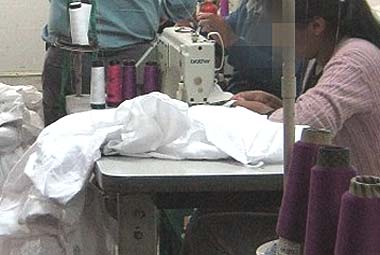 Spanish high-street retailer Zara has been accused of allegedly accepting slave-labor working conditions supplanted by more than 30 of its outsourced plants running in Brazil. During an episode of the investigative TV show called A Liga (The League) reporters visited a factory where Bolivian immigrant workers were caught in slave-like conditions in garment production for the Galicia-based company, which is part of the Inditex group. Inditex’s owner, billionaire Amancio Ortega, is listed by Forbes as the 7th richest person in the world, with a net worth of $31 billion. END_OF_DOCUMENT_TOKEN_TO_BE_REPLACED 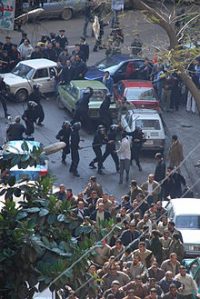 The 2008 Egyptian general strike was a strike which occurred on 6 April 2008, by Egyptian workers, primarily in the state-run textile industry, in response to low wages and rising food costs. Strikes are illegal in Egypt and authorities have been given orders to break demonstrations forcefully in the past. The strike took place just two days before key municipal elections. END_OF_DOCUMENT_TOKEN_TO_BE_REPLACED 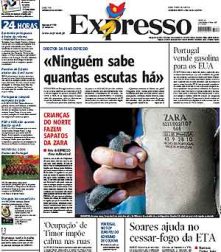 The Spanish company Inditex , which owns the Zara brand, says it will investigate the alleged use of children to sew their shoes through a factory subcontracted in Portugal, according to the weekly magazine Expresso.

The aforementioned magazine publishes a report on child labor in Portugal centered on Carlitos and Miguel, two children aged 11 and 14 , respectively, who sew Zara brand shoes inside their homes. END_OF_DOCUMENT_TOKEN_TO_BE_REPLACED